I recently moved into a new house, with a lot of windows. I think there were somewhere around 30 windows throughout the whole house. And, of course, when I moved in there was absolutely nothing in the windows, the previous owners decided not to leave anything behind. Which, I suppose was fine, because I really did not like the look of the printed pleated shades they had in the windows. But it did mean that I was going to have to do some fast shopping unless I wanted the neighbors to know everything I was doing inside the house.

After doing some research online, I found out that cellular shades are the new â€œinâ€ thing in window treatments. Of course, I want to be in style, and their claim to fame is insulation, but to be honest, I really did not like the idea that they were either all the way open or all the way shut. (I like the idea of a blind that you can tilt, and still peek out and see whatâ€™s going on without being too noticeable). The other new, trendy idea was 2â€ wood/faux wood blinds. The only problem was, in my mind, those were the outdated blinds my grandparents always had that were bulky, and heavy (apparently theyâ€™ve gone out of style and come back in over the last 30 or so years). After doing some measuring too, I realized those were too bulky to install inside my window frames, and would have to be installed as an outside mount â€“ which was not an option in my book.

I suggested in a conversation to some of my friends that I was leaning towards aluminum blinds. All of my friends turned and looked at me like I had suggested the most absurd thing. They started saying, â€œOh they are noisy, they are boring, they get so dirty,â€ and various other insults. My response was, â€œIf I clean them regularly, they wonâ€™t get dirty, I wouldnâ€™t have them down if my windows were open, so they wouldnâ€™t be noisy, and since Iâ€™m doing curtains on all of the windows anyway, who really cares if they are boring?â€ Much to their dismay, I did end up ordering aluminum blinds for all of my windows.

I settled on a cream color that matched the trim throughout my house, and a month later when I had my friends over for a housewarming party, they were all amazed at how great the blinds actually worked. They really disappear into the windows, match nicely to the rooms, and function just how I want. Sometimes you canâ€™t go wrong with basic!!

Not Your Typical Vertical 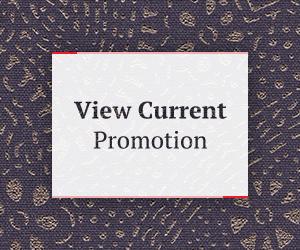